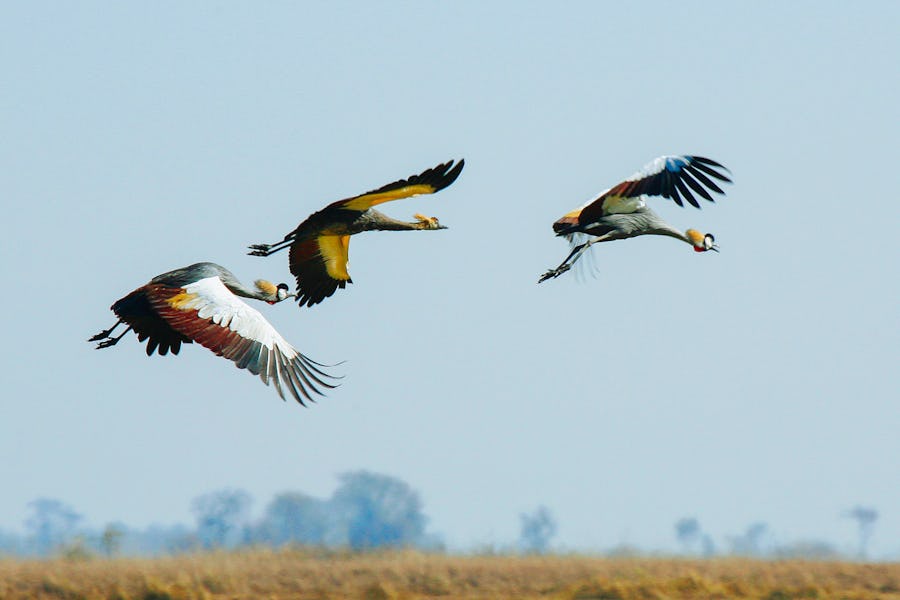 The safari starts and ends in Arusha visiting the best of Tanzania national parks.

Safari proceeds to Serengeti Reserve and the amazing Ngorongoro Crater.

Tour transport shall be in a customized pop up top 4×4 jeep.

So that you may know

Everything about Serengeti National Park is endless. Its vast rolling savannahs appear to stretch out past the horizon. So too, the immense herds of wildebeests, marching by the millions in their great migration – the largest movement of animals on the planet.

This is Africa at its most epic. Lions? Over 3,000. More than any other park on earth. Over two million wildebeest, zebra, and gazelle astonish visitors with their vast exodus parading the ancient cycles of nature. The rivers here are filled with crocodiles and hippos while overhead 500 species of birdlife take wing.

Chances are when you picture Africa, images of the great Serengeti are what come to mind – the immense sweep of grasslands, populated by the vast herds of elephant (5,000), hyena (4,000), plus jackal, wolf, wild dog, honey badger and seven species of mongoose.

On these infinite golden plains, you can spot all the “Big Five” including buffalo (53,000) and black rhino. And the Serengeti’s forests are home to several species of baboons and monkeys.

The park is so singularly spectacular that it has been named one of the “Seven Natural Wonders of Africa” and one of the “Ten Natural Travel Wonders of the World”. It has also been designated a UNESCO World Heritage Site. But it is perhaps the name “Serengeti”, from the Maasai phrase “siringet” or “endless plains”, that best describes the feeling of awe as one takes in Tanzania’s oldest and most popular park.

Read Some of Our Reviews

Full day safari and Serengeti. All meals and overnight at -Ikoma Safari Camp.

Starting From $1250 Per Person

Catered for in the awesome package:

Uncatered for in the awesome package